Reconstruction of the SSZ control car

One of the primary research aims of the project is to enable an accurate reconstruction of the Submarine Scout Zero class control car. It needs to establish if any plans or blueprints survive and make a digital copy for our project archive. This is the unique experimental archaeological approach we are taking to this theme, although we are using computers, we aim to arrive in the workshop!

Until such a time I have been working on an image of a partially constructed Zero, illustrated in 'Airship Pilot No 28', in combination with a set of line images and the image of the crashed (and burnt!) SSZ 7. 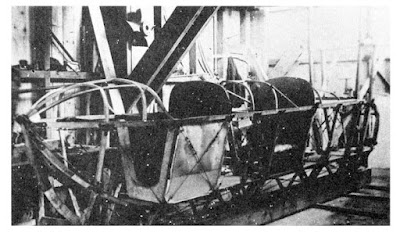 Using a digital paint package the ribs and frames were traced and then imported into Sketch-up, where they were turned into 3d objects and the control car 'virtually' reconstructed.

It appears that things do truly arrive in threes. An encouraging email from the author and lighter than air research expert Mr Brian Turpin confirmed the existence of the blueprints for the prototype control car, this was followed by the Royal Aeronautical Society Library listing the 1918 production blueprints and a copy of the Airship Service handbook for the Zero. Then an enquiry from New Zealand as to what we needed for the project and how he could help led to Mr Mike Jenkins quickly supplying the blueprints, handbook and additional drawings.

Time to start work analysing the original blueprints, Mr Jenkins has already flagged a possible issue with the often quoted car length at 17feet 6 inches, but the rest of the details now available are incredibly useful.

Consulting with the RAF Museum at Cosford this summer has produced 2 new blueprints and a set of photographs of the only existing Zero control car , that is held in the Airframe collection of the Musee de l’Air, France. These photos have revealed many of the build details and construction techniques and are of the utmost value to the project.

We have concluded that we have a large enough build space to establish our own workshop/assembly shed and begin work on the reconstruction ourselves, outsourcing the metal work and specialist items leaving us to concentrate on the 'airframe' and its cladding.

There will be an update on the fundraising campaign to enable this exciting stage of the project next month.

We have finally put everything in place with the planned replica, we have a dedicated build team of heritage professionals and skilled volunteers, sourced materials and items, created a 1200 square foot workshop space and kindly supported by the Heritage Lottery Fund with 40% of the project costs for realising the replica. 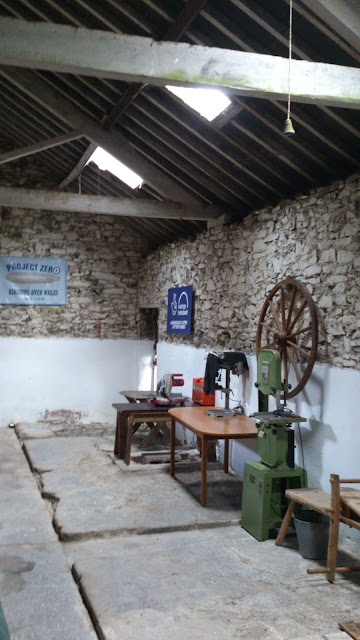 
Now we have reached the critical stage to fund the remaining 60 % which is £14,000. We have planned a museum quality replica as a piece of experimental archaeology, not a film prop, hence the costs.

Details of how you can contribute and help us reach this goal can be found here: